Spike has worked with some of the most respected music producers on the planet, including:

Originally from Wales, Spike has played drums and performed since he was 13 years old. He’s been described by Rhythm magazine “As the British version of American session heavy-weight, Josh Freese”.

Spike has a wide range of music styles and genres, and loves nothing more than being on the road touring and playing drums. He’s based in Cambridgeshire, in the UK and is CURRENTLY AVAILABLE FOR session work, live and studio, or depping WORK WORLDWIDE.

So, if you need a professional, experienced drummer, with a proven track record to perform with you, or a band you produce, or manage, on a current, or upcoming music project or tour, contact Spike direct for a chat.

Spike has covered many musical styles and genres. He is well known for rock, metal, hardcore, punk and reggae drumming, but has also shown his versatility performing funk, jazz, hip-hop and many other styles. See more for yourself in the videos below.

Spike T Smith Drum Tuition is the foremost drum teaching facility in Cambridgeshire. With a purpose built studio in Peterborough that provides a state of the art teaching environment for complete beginners and professional players of all ages.

Established in 1989, Spike T Smith is dedicated to teaching drums with a passion and total commitment to individual student development drawing from over 25 years of experience.

Tuition is available 5 days a week, with times to suit all. If you are looking for professional drum tuition please contact us here.

Using Skype or Facetime, anyone, anywhere in the world can access one-to-one private drum tuition from Spike, a renowned professional drummer.

All you need is a laptop and internet connection, and you can learn from the convenience of your own home.

If you are looking for professional online drum tuition please contact us here.

All lessons are on a one to one basis. You can be confident in the knowledge your child will be taught in a comfortable and safe environment, which parents are welcome to inspect. Spike has a full DRB (enhanced) checked and Public Liability Insurance, documentation is always available on request.

Lessons are available 5 days a week, with times to suit all. If you are looking for professional drum tuition please contact us here.

We use Trinity Guildhall school of music and drama and Rock School examinations grades 1-8 which have proved to be very popular with both students and parents. However grading’s and examinations are not compulsory we also teach drumming for fun and personal enjoyment.

We also offer gift certificates for 5 lessons for the price of 4. Please mention when enquiring.

Access a world-class drummer to record drum-tracks for your music, from anywhere in the world.

Contact us using the Session Enquiry form or just Contact Us, optionally attach versions of your song(s) with or without drums, and we will be in touch to further discuss your requirements.

Receive a quote and estimated turnaround time. Once agreed, Spike will begin professionally recording your multi-track drum track(s).
Skype Option: Join Spike LIVE in the studio to input on the recording of your drum-track in real-time!

Spike will then send you a rough MP3 mix of your drum track(s). You will then be able to choose to discuss any amendments or changes if desired. Once happy with the tracks, the stems and a stereo mix of the tracks will be prepared.

Upon payment, all of the tracks and mix will be made available to download in your chosen formats.

As well as providing tuition and online sessions, Spike has a wide range of skills and years of experience enabling him to offer a number of valuable services.

Spikes favourite line of work is touring with great bands. He has worked all over the world with acts such as Morrissey, The Damned and many others.

Spike can help you or your band with recording in a studio setting. He is also available as a session musician if you need some drums for your recording.

With years of experience, Contact Spike if you would like to know more about touring, recording, drumming or general advice regarding the music industry.

Need help writing drums for your music? Spike is on hand to help.

When you record with Spike, in the studio or remotely, you will access high-end professional recording equipment and software. See some of the equipment at your disposal here…

Spike has put years of practice into constantly improving his drumming techniques. He prides himself on taking a professional approach, working hard, but also having fun along the way!

See what others have to say about him…

Need a drummer? Whether you’re local or anywhere in the world, get in touch to talk about how you could work together. 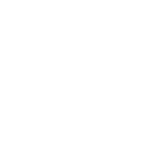 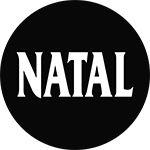 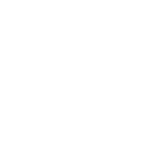 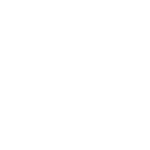 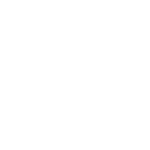